Banknotes and Anti Counterfeit Protection in the United States

The American dollar is now considered one of the strongest currencies in the world. There are several countries that have pinned their own currency to the US dollar or use it as an official currency. It is hard to imagine a time that it was ever questioned or that counterfeit banknotes would be created by its own people especially since there are so many anti counterfeit securities protecting the well-known green note today.

Just like U-NICA’s ever adapting anti counterfeiting protection, the United States has also adapted to fight off counterfeiters throughout the years.

American Banknotes and the History of the USA

Before 1776, America was a colony of England. This colonial period was the start to currencies in America. When 21st century people think “currency,” the first image that comes to mind is paper money.

Back in the colonial period, the biggest form of payment was actually coin over paper. Since it was rare to interact with paper, there was a high threat of counterfeits in the system. This led the authorities to issue a grave warning: “to counterfeit is death.” However, as tensions ran higher between the colonists and England, their focus was less on warnings and more on independence.

The Period of Independence

The United States proclaimed independence in 1776. After 7 years of war with England, the Americans saw a vast amount of different types of currencies as a new country. Before the current Constitution was implemented, the US had the Articles of Confederation. Under this document, each state had the right to create their own currency, which led to a wide range of unbacked currencies. In 1787, a few years after true independence from England, the politicians decided a new governmental document was needed for a variety of reasons, one being to prevent the flood of different paper currencies.

The Start of the Modern American Currency

This flood of currencies, real or counterfeit, led to the creation of the Constitution, which ended up giving private banks control. Needless to say, there was still no standardized currency.

It wasn’t until the American Civil War in the 1860s that led to a one currency system created by the National Banking Acts. The federal government, or the Union during the Civil War, introduced “greenbacks,” but it wasn’t until 1914 that the current “greenbacks,” which Americans and many other nationalities use today, formed.

History of Counterfeit Banknotes in the USA

As you can imagine with so many different types of banknotes floating through America throughout its short history, there was also a flood of counterfeits. Even though the US federal government passed an anti counterfeiting law in 1790, and many more legislative measures since then, counterfeiters persisted.

It is estimated that one-third of the American currency circulating by the 1860s was counterfeit. This has led to quite a lot of artifacts that modern day collectors seek. Did you know that the only counterfeit banknote a person is legally allowed to own and collect are forgeries made anytime before the American Civil War? 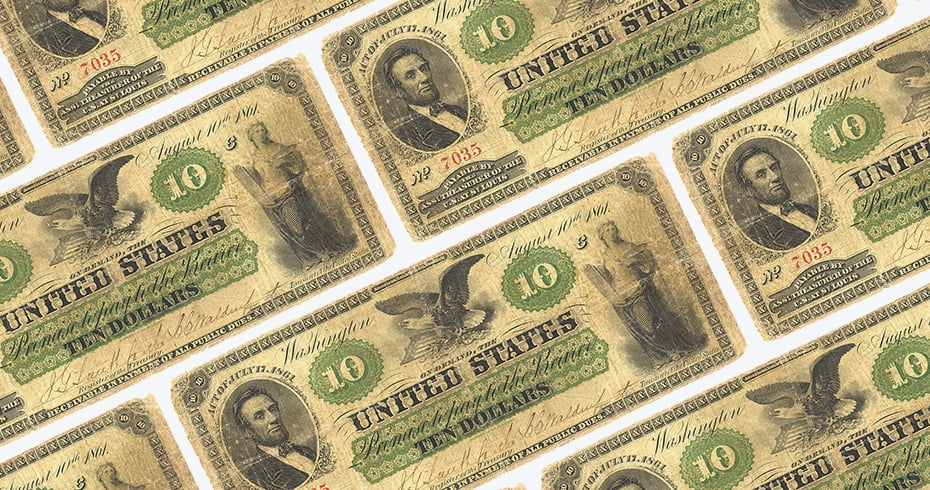 Just like modern anti counterfeit techniques, the people during colonial America had to detect forgeries by looking for misshaped words or irregular spaces. When a counterfeit was found, a large “X” was placed or “counterfeit” was written on it during the colonial period.

At the end of colonial era and through the beginning of America, an historic counterfeiter was Stephen Burroughs who left a trail of forgeries in the United States and Canada. His first apprehension was because they caught him actively passing out fakes, but he managed to escape.

Since Burroughs, private banks printed currencies left and right resulting in an increase in counterfeit banknotes. Just like modern companies, those private banks implemented anti counterfeiting strategies as best they could. They recognized that if their reputation was destroyed by forgeries, they would lose customers to another bank.

However, as much as those private banks tried, those counterfeit banknotes are still around today with only a few true originals in existence. Along with the colonial counterfeits, these are the only ones that can be collected and kept.

Even though currency from the late 1800s is by no means in use or in circulation today, it is highly illegal to own a counterfeit banknote from that time period. The Secret Service, known today as security detail for the President, was founded in 1865 as an anti counterfeiting force. A historic counterfeiter from 1878 onward was Emanuel Ninger. Unlike Burroughs, Ninger’s downfall was the same as some counterfeiters today, running ink after the paper got wet.

The Current Counterfeit Situation in the USA 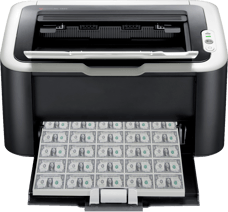 Today, the American government places more emphasis on catching counterfeiters than they did during Burrough’s and Ninger’s time. Even still, roughly one out of every 10,000 banknotes in circulation is counterfeit, the majority of which are made with regular inkjets or other printers.

Further, US officials believe there are $45 million super dollars in circulation. Super dollars or super notes are extremely high quality US counterfeits made by organizations or foreign governments and can be determined only be professionals.

The Secret Service continues to offer information on how to authenticate your currency. They also break down modern day bills so you can detect fakes on your own. This method allows the every day person to be an extension of the agency in the fight against counterfeits. But, it is definitely not the only method that should be utilized when combating the tenacity of counterfeiters.

If there is a will, there is a way, says the old cliché. And this is very true for many counterfeiters throughout history. The United States is 245 years old and within these years, they have had an abundance of paper banknotes and a flood of counterfeits.

But, America adapted to counterfeiters and improved their anti counterfeiting strategy. Unfortunately, many businesses do not have 250 years to spare to perfect their brand protection against forgeries. This is where U-NICA can help.

U-NICA offers a multi-layered approach when it comes to anti counterfeiting. Each strategy is custom-made for that business and product and when new data emerges, the strategy updated. For digital product protection, U-NICA offers the scryptoTRACE® suite and for physical product protection, there is the plastoTRACE® suite. In addition, U-NICA provides the Digital Security Label® that can be authenticated with an app on a smartphone. Just like America’s Security Service, this allows the average consumer to verify if a product is real or a fake.

The goal of U-NICA is to have as many layers and anti counterfeiting solutions in place throughout the supply chain from manufacturing to the end consumer. Contact U-NICA today to speak with a representative about your specific business and or product need in the fight to combat counterfeits.