Anti-Counterfeiting Measures: The Past, Present, and Future

The mission of anti-counterfeiting technology centers on one theme: fight against crime. From the first attempts to the multi-tiered measures of today, the war goes on with U-NICA at the forefront.

The Growth of Counterfeit

Counterfeits have plagued humanity throughout history, with the earliest recorded criminal acts dating back to the fifth century. Since then, counterfeiting has grown and the methods have been strengthened. In the words of Teresa Moreira, the Head of Competition and Consumer Policies at the United Nations Conference on Trade and Development: “If illicit trade was an economy, it would be the eighth largest in the world.”

In other words, if “Counterfeit Land” existed on the map, it would displace Italy in the Top 10 largest economies and account for a GDP of over $2 trillion. How did criminals gain such traction, especially in this technological age when achievements in anti-counterfeit measures are at an all-time high?

The answer is that modern counterfeiters are just as tech-savvy as those who oppose them and they are being encouraged by the limited understanding and insufficient security practices of retailers worldwide. 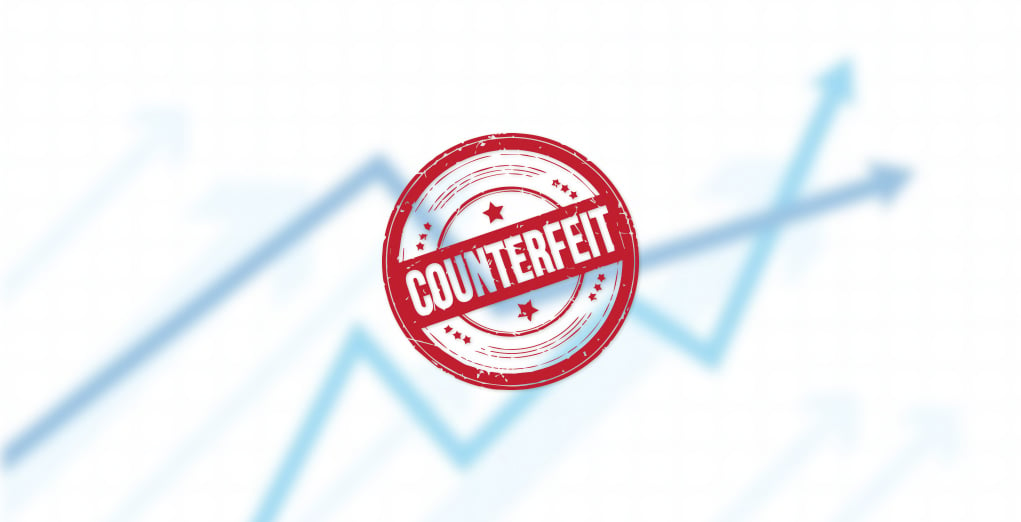 The war on counterfeits is many centuries old, but one of the best known battles was in America in the year 1739. One of the Founding Fathers, Benjamin Franklin, created a solution to counterfeit currency. This solution encompassed two important philosophies that are still used today:

Franklin’s solution was ingenious and used the counterfeiters’ need to create a perfect copy against them. He deliberately misprinted a key identifier on the genuine notes, believing that criminals would see the real things as forgeries and rectify the error on their own copies. This reverse psychology worked and it helped strengthen the integrity of America’s currency. Franklin was also one of the first in employing a multi-tiered security solution via intricate relief designs.

Counterfeiters didn’t stay gullible for long, however. 19th century America saw private banks creating their own currencies, which were rife with forgeries until 1865 when the National Banks Act prohibited individual institutions from printing cash. The U.S. federal currency took sole ownership and the Secret Service was founded to fight counterfeiters, which it still does to this day.

One fear people had in regards to banks is that the value of real money would plummet due to counterfeits. Today, the threat to value is still the major purpose of anti-counterfeiting as currencies around the globe continue to be attacked. Fake currencies of very high quality are called “Supernotes” and they remain in circulation, fooling even the most experienced money handlers. But this concept of value has evolved beyond currency and has encompassed other industries.

The Era of Counterfeit Goods

It’s true that counterfeit cash is far less of a threat than in the past thanks to multiple security measures like special papers, holograms, watermarks, and microprinting, but the definition of value in the 21st Century goes beyond currency. It now extends to products, brands, and reputations of retailers around the globe as consumers are either fooled or willingly purchase counterfeit goods.

Today, counterfeiters aren’t the scattered pockets of criminal workshops they historically were. They are highly organized operators, often with manufacturing and production capabilities to rival the legitimate manufacturers. It’s essential for today’s brands to protect their physical products, which is why consumers are now familiar with anti-counterfeit features such as super-tough packaging, holograms, imprinted logos on zippers and serial-stamped inner tags.

Placing as many physical security measures as possible on a product can certainly limit counterfeiters, but complete product protection goes beyond the physical. Counterfeit protection shouldn’t only protect goods at the point of sale, but it needs to also cover every point of that product’s lifecycle from conception to prototype and manufacturing to distribution. Creating, and then implementing, anti-counterfeit measures is a team effort and U-NICA has your back.

Anti-Counterfeit Measures in the Future

As seen from the historical progress of counterfeit techniques, counterfeiters will keep growing and adapting throughout the future. This is where the U-NICA team is working hard to give counterfeiters a very tough time. The core service revolves around beating these criminals through product verification. U-NICA does this through scryptoTRACE®, U-NICA’s scalable solution.

scryptoTRACE® takes a holistic approach to protect the value of your products and your brand. It is an end-to-end brand value and product protection solution that can be integrated into all stages of the product value chain from design and manufacturing to distribution, sales, and purchasing.

It utilizes a unique smartphone app that anyone can download for verification, authentication, and engagement. This app also sends detailed real-time information to a secure database that allows you to improve your security decisions and anti-counterfeit measures. 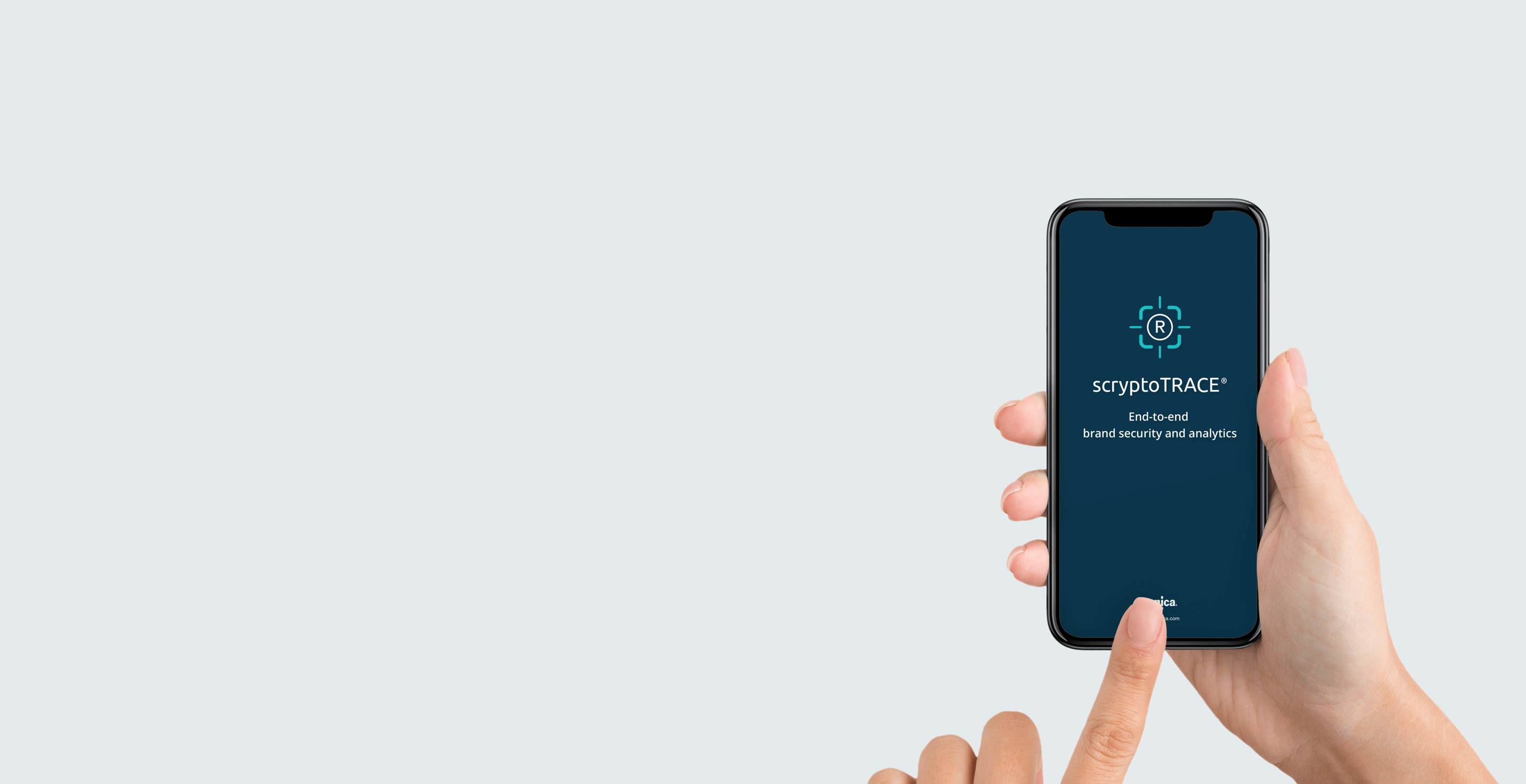 U-NICA and Your Custom Anti-Counterfeit Solution

As previously mentioned, making anti-counterfeit measures is a team activity. This is why U-NICA has partnered with a collective force of agencies, universities, and affiliates in order to provide the best anti-counterfeit security. Due to this collaboration, scryptoTRACE® can integrate with different enterprise systems and foreign or new marking/recognition technologies.

U-NICA offers a variety of solutions for any company looking to protect their brand and products from counterfeiting activities. Companies using U-NICA’s anti-counterfeiting solution enjoy brand security against counterfeiters. Crushing counterfeits is a serious challenge, but it’s a goal that’s within our grasp.

U-NICA has a single purpose: supporting you in the fight to protect your brand’s integrity and value. The staff operates globally and partners with universities and agencies to deliver the future of brand protection. Connect with a representative today for more information on the constantly evolving open solution suite.